I began Mamma’s Boy during my residency at the McColl Center for Visual Art in Charlotte, North Carolina during the summer 2010. I decided to do this residency to kick-start my studio practice after the birth of my son Quinn in 2008. I discovered, however, that the long days in the studio focused my attentions on my absent son. I've always been interested in the relationship between language and image and since Quinn’s language skills were going through a developmental explosion, I found myself trying to catalogue his linguistic discoveries and dwelling on them in his absence. In this series I reinterpret my son's verbal worldview by taking his concerns and considerations (trucks, dinosaurs, owls, etc.) and translating them into my own concerns. These works are portraits of my attempt to portray my son's Weltanschauung. These began as collages of public domain 3D models on graph paper, which I then scanned and re-collaged with both public domain and personal photographs. Finally, I drew and wrote back into them digitally.

The smaller (8x10) works in this series are prints on watercolor paper, cut out and then attached to watercolors, reworked with cotton thread. 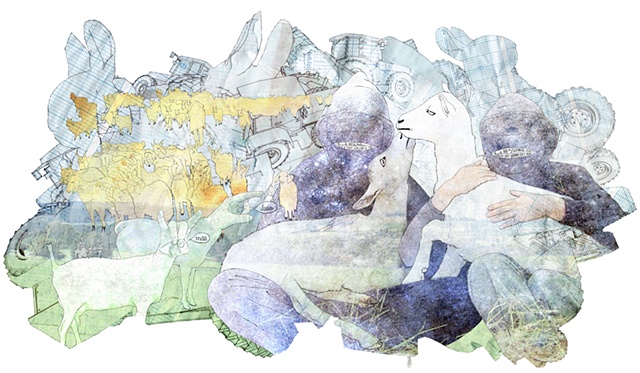 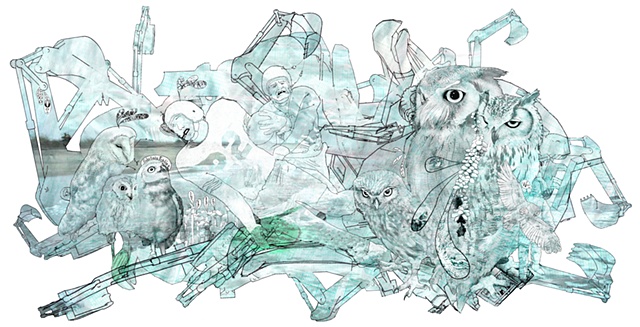 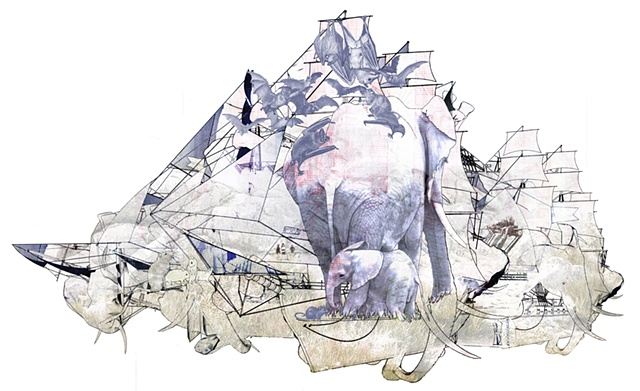 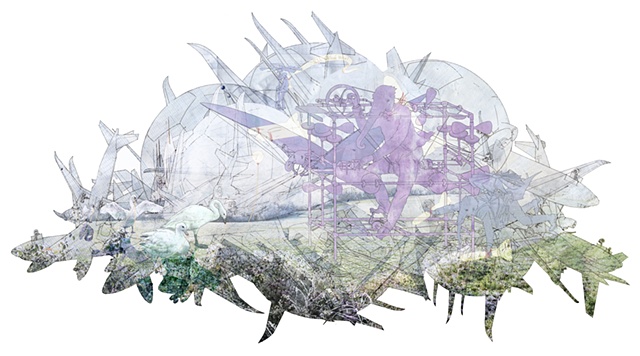 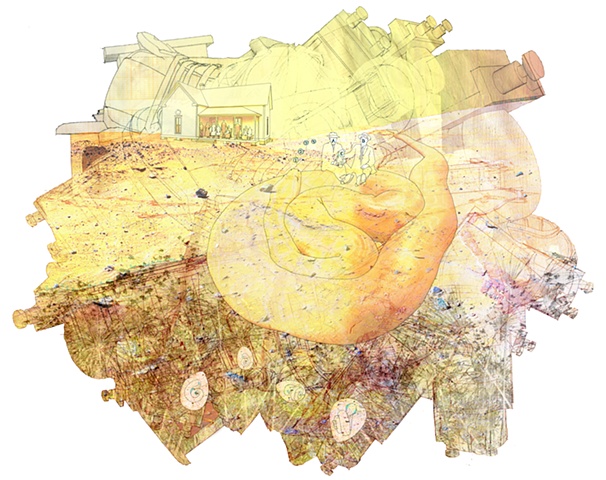 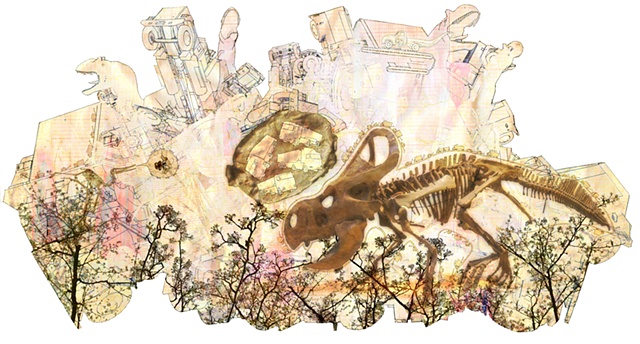 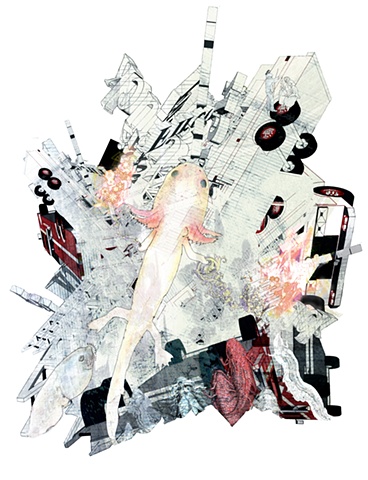 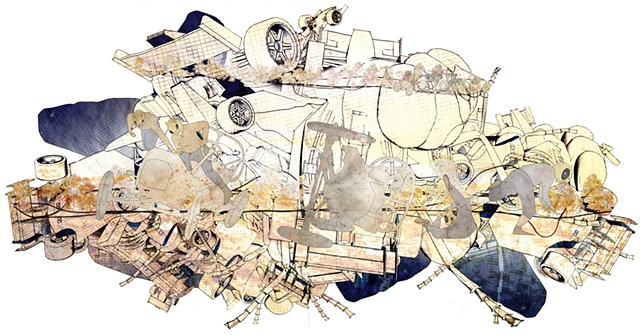 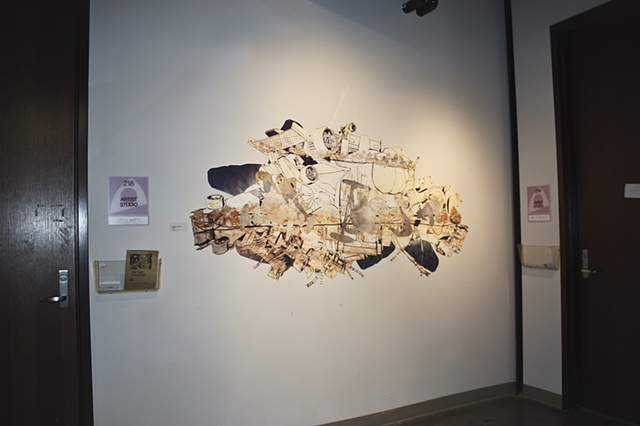