Jeff Murphy’s Photoshop manipulations deal primarily with religious symbolism and digital technologies. My own digital manipulations revolve around parallels between religion and popular culture. In January 2003 we met on-line at Nerve.com, an Internet dating site. In Spring 2004 we began their first collaborative effort.

Using Adobe Photoshop for the manipulations of digital photographs, drawings and scanned objects, we explored the physics of fluid dynamics as a metaphorical analogue to human relations. The collaborative images depict both our geographic exploits, including travel to Arizona, Florida, Southern Spain and Hungary as well as the humor and subtle nuances within relationships, including consensual voyeurism, competition and family. The final images are determined by collaborative consensus. But the evolution of each image reflects even more readily the dynamics of the relationships explored.

Fish Out of Water 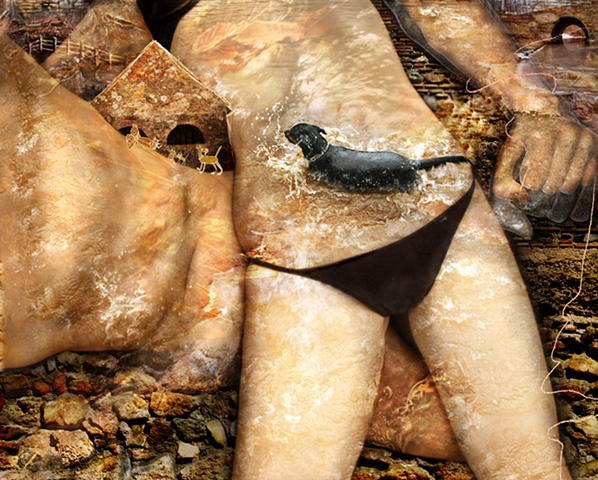 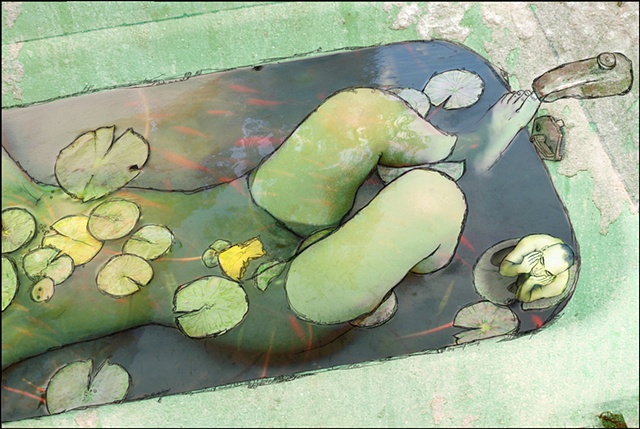 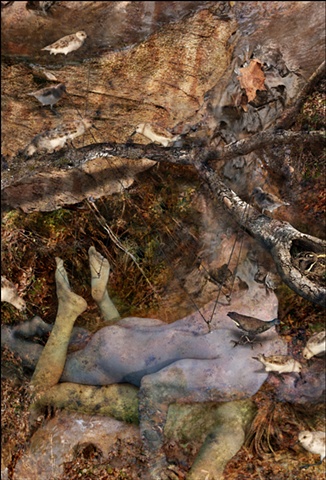 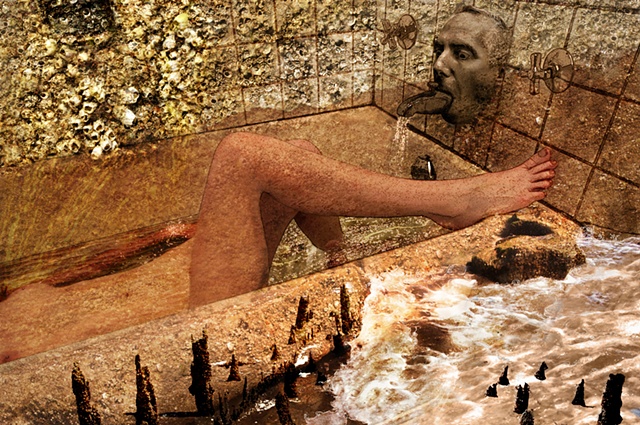 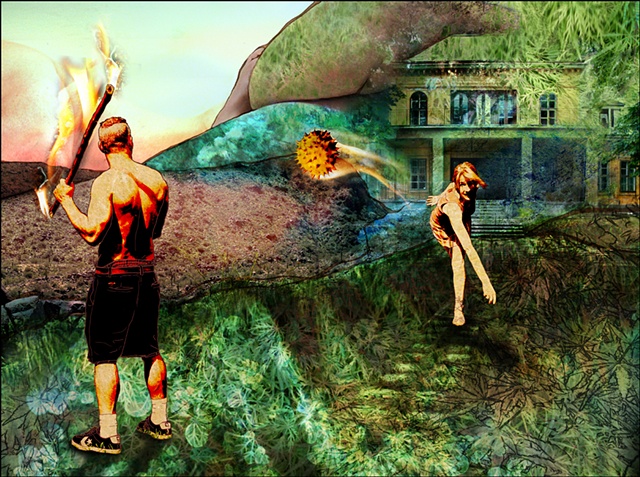 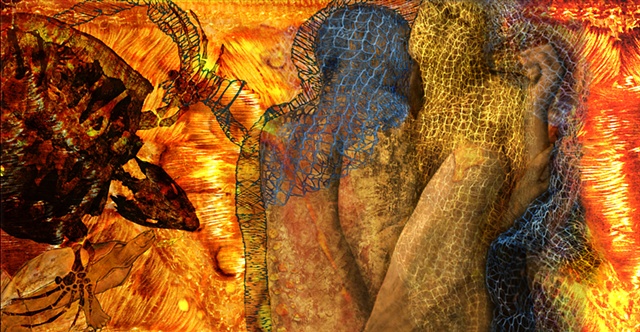 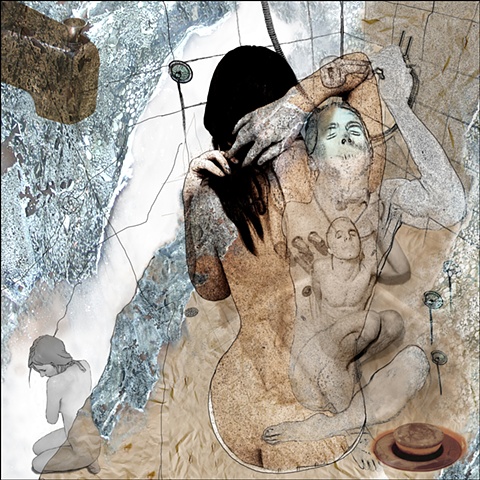 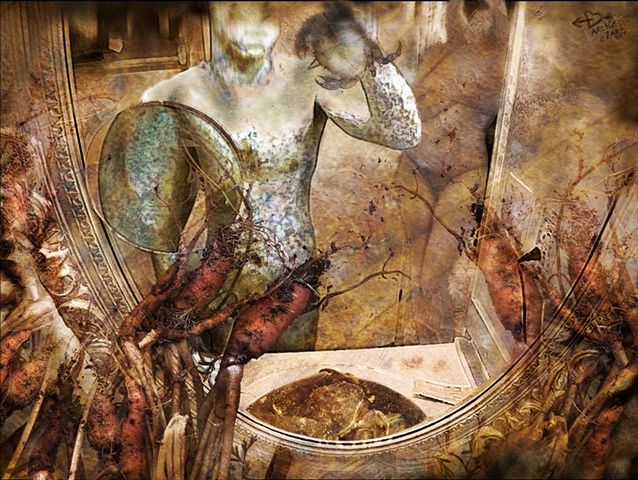 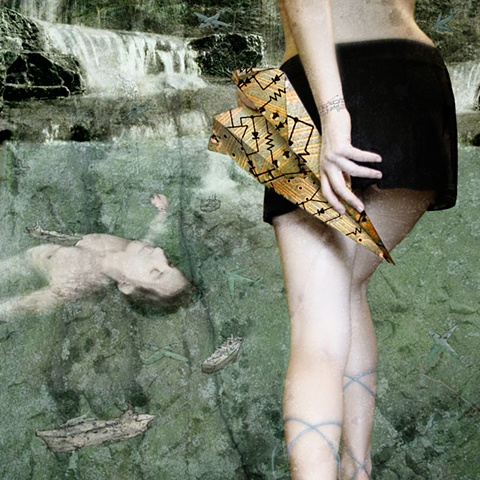 The Phenomenology of Small-Scale Turbulence 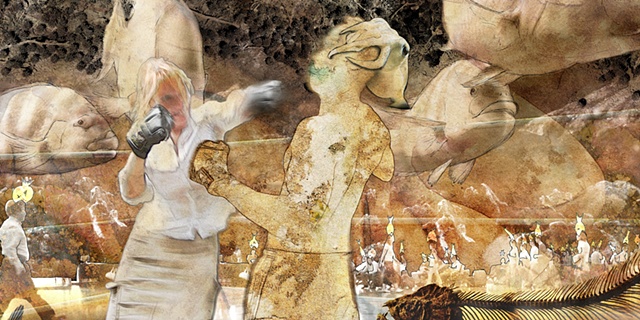 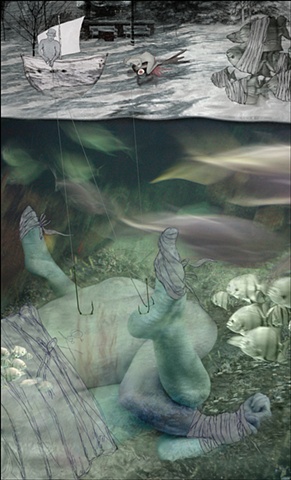 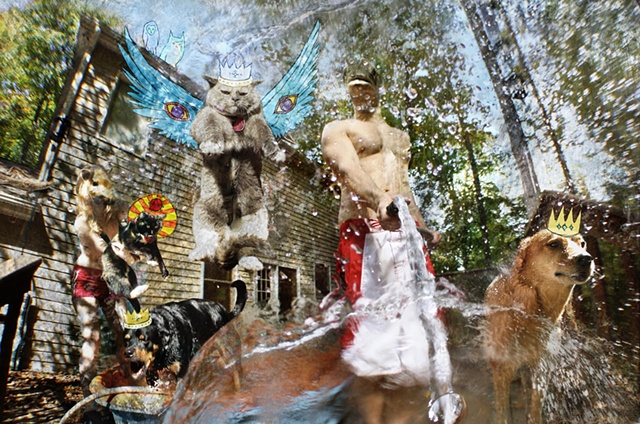 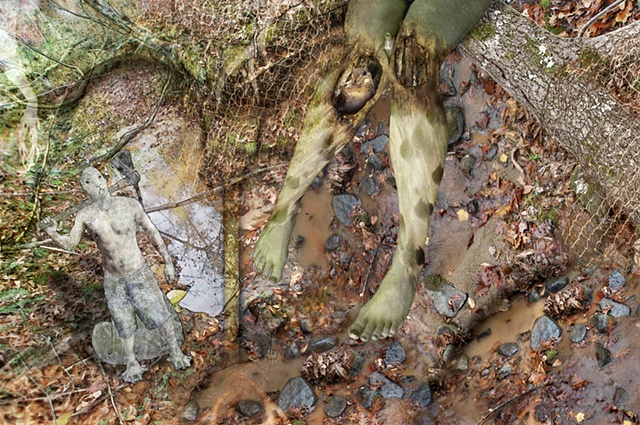 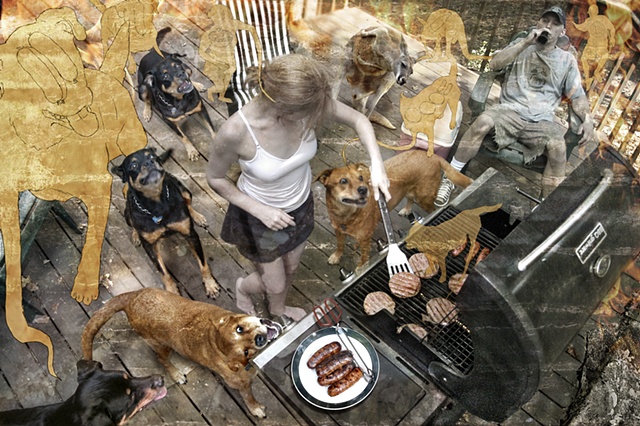